Lorenzo is the oldest of six children, and grew up in a small town near Vista Alegre, which is across the river from the main town of Huaraz. His father died seven years ago, so as a result, he has assumed a caretaker position for his family. He believes that obtaining an education will allow him to better provide for his family, and is incredibly grateful for the assistance provided to him by Seeds.

Lorenzo has attended Seeds of Hope for the last ten years; here are some photos from when he was a student: 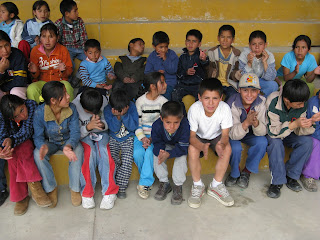 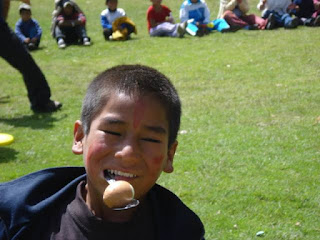 When Seeds of Hope purchased a new computer -- thanks to all who contributed to last year's technology campaign! -- we voted, and ultimately decided to give the old computer to Lorenzo so that he can complete his studies in a more efficient manner. Additionally, the use of the computer for his studies will give him a leg up in comparison to other students in his class, who don't have as much technological knowledge as Lorenzo.


Today, Lorenzo took a few minutes out of his busy schedule to answer a few questions about his career path and his responsibilities at Seeds:

Interview conducted in Spanish and translated into English

University: ULADECH Católica, which is a private university here in Huaraz.

When are you going to finish your studies?
The traditional carrera (student path) is five years here in Peru, and I have two years to go.

What are you going to do once you finish your studies?
I am going to make connections with local business owners so that I can find a job. [Editor's note: in Peru, job offers are only extended upon graduation, and is primarily based on who you know, so building a strong network is crucial].

What is your dream job?
I would love to design bridges. Bridges are vital parts of construction because they allow for the transport of goods from one location to another. If a bridge breaks during the rainy season, it could leave many families without sufficient foodstuffs.


What financial support do you receive from Seeds of Hope?
Seeds of Hope pays for my tuition at university, which currently costs $100 USD per month. This tuition only covers the cost of my classes, and the student matriculation fees increase every year. [Editor's note: you can donate to Lorenzo's university fund here and leave a comment stating that it is for Lorenzo].

How old were you when you began to study with Seeds?
I was in second grade [de primaria] and was nine years old.

How has participating in the Seeds' program changed your perception of the world?
Now that I have the opportunity to help other children as I once was helped, I realize how important it is to set attainable goals so that one day, I can fulfill my goals. I have learned how empowering that education is, and I enjoy sharing this knowledge with younger students [editor's note: he is a wonderful mentor for the children at Seeds of Hope]

What is your favorite part of working as a volunteer with Seeds of Hope?
I love teaching the children. I am responsible for the students in secundaria [middle school], and help them with their homework during the school year. During the summer (which is now), I create remedial lesson plans and implement them so that the students can have a review of important concepts.